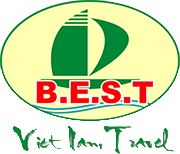 When you book with an account, you will be able to track your payment status, track the confirmation and you can also rate the tour after you finished the tour.
Sign Up
728
1 day
Availability : 5Sep18'-25Apr19'
Ho Chi Minh City
Cu Chi Tunnels
DetailItineraryMapPhotosReviews

We’ll depart at 7:30am from Ho Chi Minh city to Cu Chi tunnels for 60km. The tunnel is the historical site was once used as military base during the Vietnam War resistance the US forces.
You will pass through the endless fields watching ducks and buffaloes swimming in the river along the road. You will find it hard to imagine the destruction, damage and defoliation all over the area, caused by bombing and mines, when Cu Chi was ” A Free Target Zone “.
The remnants you will see that Cu Chi still has her evidence to prove the fierce battleground that took place there. Ever wonder what it feels like to fire an AK-47? Visit Cu chi tunnels, you have a chance to find out !
Have lunch with Vietnamese cuisine.
Back Ho Chi Minh to visit: the Reunification Palace which was the former residence of the President of South Vietnam until the end of the war in April 1975. The next stop is the Notre Dame cathedral, the General Post Office and the War Remnants Museum. The tour finishes at 5:00pm. 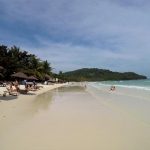 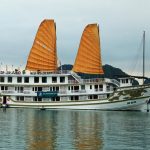